Windows is not that bad for software development 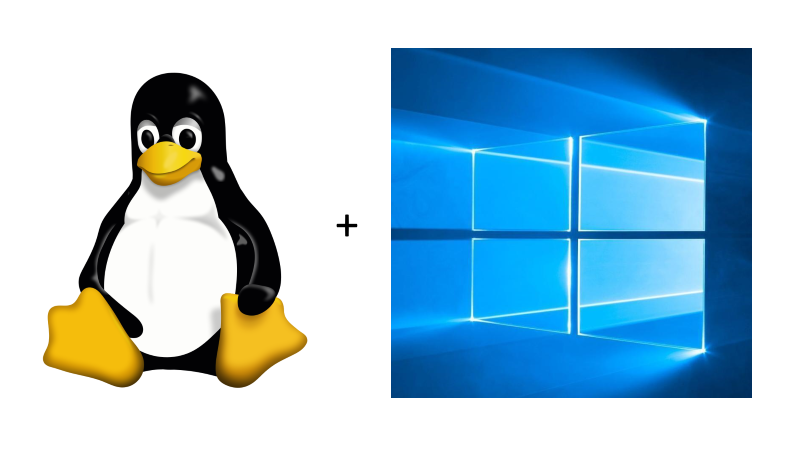 Today it's not about virtualbox/vmware. It's a new Windows 10 feature. They called it WSL(Windows Subsystem for Linux)

Already told Windows Subsystem for Linux. Windows made sure to install Linux operating system inside the Windows environment without extra virtualization software(Virtual Box, VmWare, ...). So, How they did that?? That's burning question. Today I'll not go that way. But one thing I can tell that is, they slightly modified the kernel to fit with windows. Isn't it awesome?? YES! I am really exited to share about it.

# What we are going to cover today?

You can enable from GUI as well as from Powershell. I always prefer the hard way(command line). So, Run the following commands on Powershell.

Now you need to restart the machine.

Downthe the update installer from here (opens new window) and Run the installer.

Update existing distribution (if any)

There are several ways to install the OS in WSL. You can download from the Windows Store (opens new window). This is the hassel free process. Once installed you will be able to login using your given password. Don't afraid, there is no UI. Only command line like Ubuntu Server 😃

Yes. You can still have chance to modify your resource allocation. Otherwise your windows will decide to do so. The process is pretty simple. You need to create a file to a specific location.
Open the file,

Add these lines to the editor and save it.

You can read the microsoft's document (opens new window) for more configuration.
Now login to the ubuntu again, with Powershell/CMD whatever shell you have.

It's not mandatory. So, don't push yourself into Docker if your are not a Docker guy.

Installing Docker is same guide as ubuntu. You can follow the official Docker docs (opens new window) OR blindly follow me. Run the following commands on the Ubuntu's terminal not Powershell. 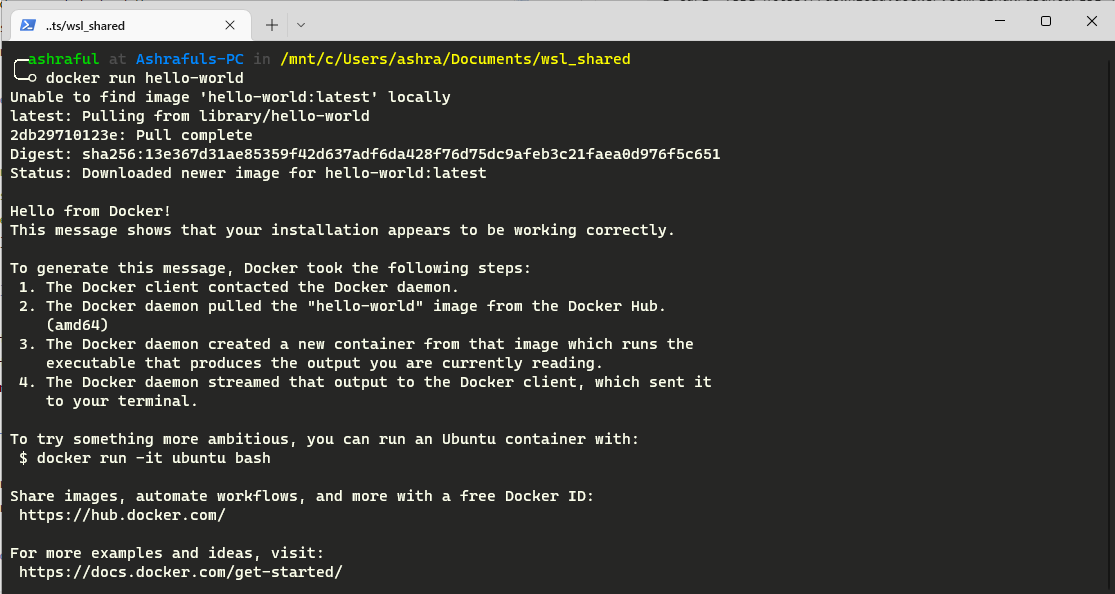 So, Docker is working.

# Incase any Network issue from WSL

I found some people have iptables related errors. So I recommend the following command and choose legacy

Actually there is nothing to setup. Trust me and do the following things,

Now it's all yours.

# Setting up Intellij IDE (Pycharm in my case.)

I've talked too much today. But it made me to do so. But, Why I am writing this post?
In short, After 7-8 years I have been trying windows 10. I am so pleased to see the WSL and how it works. So, I thought people may like it too. Thank you.

Found a correction? Send me a PR! (opens new window)